Skip to content
Hope everyone had just a fantastic Christmas! We certainly did! Christmas eve was pretty quiet…just me, hubby, and Chance. Aaron and Morgan were at their dad’s for their Christmas eve party and present opening. Aaron had to work til 6 so he didn’t get there until late. We just sat around and watched movies. I did let DH open his gift…I told him that he would need time to play with it and Christmas day would be so hectic, he wouldn’t have much time. He got an IPod Touch and I don’t think he has put it down since. I opened my big gift as well…a 1TB EHD! When I asked for it, hubby said “What on earth are you going to do with 1TB of space?” I said “duh, scrapbook stuff!!” He just rolled his eyes and I think mumbled something LOL but he came through with it. I’ve put about 20GB off my laptop already and still want to load up all I have on disc so I have it right at my fingertips. Anyway, Aaron and Morgan didn’t get home until about 10. They have always been able to open one gift on Christmas eve so that was the first thing through the door. They are funny…Morgan is going through boxes trying to find something that IS clothes and Aaron is trying to find anything but! He told my mother once that he hated getting clothes, so one year she wrapped everything backwards…toys in shirt boxes and clothes in toy boxes LOL. I have to stop here and say that my mother always goes overboard at Christmas…hmmm overboard is an understatement!! She does toooo much! Gotta love her! Now, it’s getting late, Chance will not go to sleep…he’s still not too sure about someone (even Santa) coming in our house when we are sleeping LOL Maybe I shouldn’t have let him watch The Grinch. I finally get him to sleep about midnight….Aaron and Morgan help with his Santa stuff…I send them off and do my stocking stuff…put out their Santa stuff (I asked if they wanted it wrapped and they said no that Chance would not understand why they didn’t have anything from Santa)….and finally got to bed around 2.
Christmas morning brings me up first, around 9. My kids are such sleepers!! I have always had to wake them on Christmas morning. They come in and check out all the Santa stuff….Aaron’s big gifts were a GPS and neat hands free speaker phone/fm transmitter for his car, Morgan’s was a laptop (man, did I find a good deal on a refurbished one on e-bay), and Chance got a scooter, Matchbox track, and several other little things. They opened presents while I fixed cinnamon rolls for breakfast. Then the older 2 disappeared to their rooms, Chance played, I took a nap LOL. I got several things put away last night and cooked my dinner courtesy of Bob Evans….it was soooo good! Thanks to Dawne aka Ladybug for the idea!! After that, Aaron took off to the movies, Morgan, DH and I cleaned up the kitchen…and then a big bunch of nothing!
As bad as it may sound, today will consist of Christmas coming down! I only have the two weeks off and I don’t want to be working for the rest of my vacation..so down it will come, tree will go out, house will go back to normal and I will be able to relax and enjoy the next week off!!! YAY!
That’s our Christmas in not so much of a nutshell.
I did one layout the other day and it has nothing to do with Christmas LOL I’ll be getting to those next week after I get the pictures off my camera 🙂
This layout was done using Fall Delight by Natali Design.

Hope everyone has a lovely day after!! 🙂

8 Replies to “Christmas – the next day” 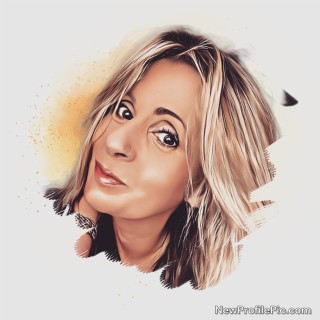